Compete against the odds in Table Tennis betting 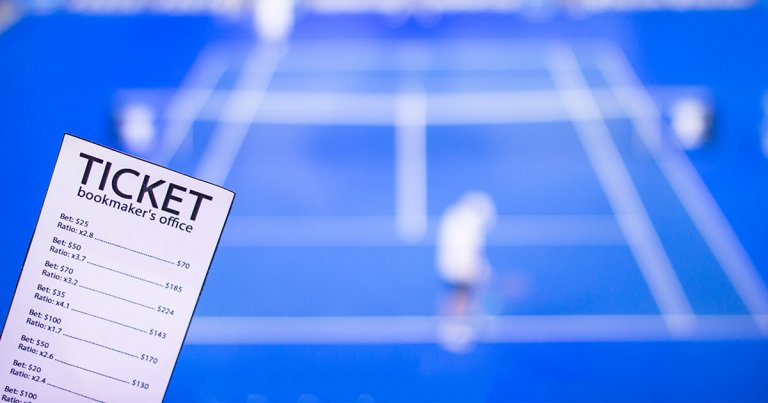 Table tennis (also known as Ping-Pong and whiff-whaff) is a ball game similar to outdoor tennis, but it is played on a flat table instead. The table consists of two equal courts divided by a special net fixed across the table’s width at the middle.

The game’s main objective is to hit the ball and make it go over the net, then bounce on the opponent’s half of the table so that the opponent cannot reach it and return the ball to your table.

Ping-pong is popular around the world and has many competitions going, especially in Europe and Asia. China and Japan have a robust competitive presence, with Chinese players winning the men’s World Championship 60% of the time since 1959 and in women’s World Championships every time except twice since 1971. Additionally, China won all gold medals possible at the 2008 Beijing Olympics, 2012 London Olympics, and 2016 Rio Olympics.

Where it all started

Early in the 20th century, table tennis was invented in Victorian England and was called Ping-Pong. The game was played by the upper-class as an after-dinner parlour game. The first clubs related to the game were the Table Tennis Association and the Ping Pong Association, in 1910.

Table tennis has all of its official rules in the ITTF handbook. After the 2000 Olympics in Sydney, the ITTF instituted rule changes to make table tennis a more enjoyable and viable televised sport. The game was too fast to be enjoyable, so the older 38 mm ball was replaced by a 40 mm one, increasing its air resistance and slowing down the game. Moreover, the thickness of the sponge layer on the player’s paddles was also reduced to slow down the game.

A few months after the initial changes, the ITTF implemented another set of rules that changed the 21-point scoring system to an 11-point one, making the games more fast-paced and entertaining. They also changed the player service rules to stop competitors from hiding the ball during service. For the opponent to have enough time to realize a serve is taking place, the ball must be tossed at least 16 centimetres in the air.

As any popular sport, table tennis has an active betting community. In 2020, table tennis betting picked up a lot of steam, as many leagues kept going despite the world situation thanks to the small number of players involved in ping pong matches.

Punters were happy to have something to bet on, and most people knew about or even played table tennis during their life.

Additionally, the quality-of-life changes made by the ITTF made watching table tennis way more enjoyable and engaging, which further promoted the interest in betting.

Many bettors became hooked on table tennis betting and continued to wager on the sport despite the reemergence of other more popular sports tournaments after the world situation calmed down.

Before putting your money on the table in a wager, know that betting on this sport works the same way as betting on any other one-on-one sport, like boxing or MMA. That being said, there are different table tennis betting markets and tournaments that are available to punters. We cover over 62 competitions in 12 countries, including international table tennis events, through the OddsMatrix table tennis data feed API.

Check out the most popular table tennis betting markets:

Moneyline betting implies that each game has a favourite player and an underdog. The favourite has a lower pay-to-reward ratio compared to the underdog. The odds promote risking wagers on the unpopular player, and the payouts are subsequently better.

Punters can also bet on the traditional over/under wager, guessing how many points will be scored during a game, above and below a designated value. In the case of table tennis, matches usually end up around over/under 70 points.

Parlays have the same function as table tennis as well. If you’re not familiar with the term, this type of bet combines multiple wagers into a single one, rolling over the winnings from each bet into the next leg of the wager.

All you have to do to place a parlay bet in table tennis is select two or more outcomes from different matches.

There are plenty of sportsbooks that offer live betting for table tennis, allowing players to wager on the outcome of the matches while they are being played. The odds shift based on who is winning, and punters have to always pay attention to seize the best opportunity to bet and get the best wins.

Table tennis has a few unique betting markets that cannot be found in other sports. Bettors can predict the exact number of games, the 1st game-winner, 3rd game point handicap, or the games decided by extra points.

Our OddsMatrix data service guarantees the industry’s most precise pre-match and lives data.

Tips for betting on table tennis

Since table tennis is an emerging sport in the betting industry, even experienced bettors need guidance when placing their wagers. More so, many athletes from smaller leagues are relatively unknown to the common bettor, so trying to predict their performance in a game might not be an easy task.

When placing a bet on table tennis, there are a few things punters need to take into account, like player ranking, their playstyle, and the competitor’s fitness, since some athletes don’t have the necessary conditioning to yield great performances in the sport.

Overall, the table tennis betting market is growing, and its success can be capitalized by operators who offer odds and betting options for table tennis sporting events. As a provider, we cover all the statistics necessary to create a complete and engaging betting experience through our sports data feed API.