Top tournaments to bet on in April 2022 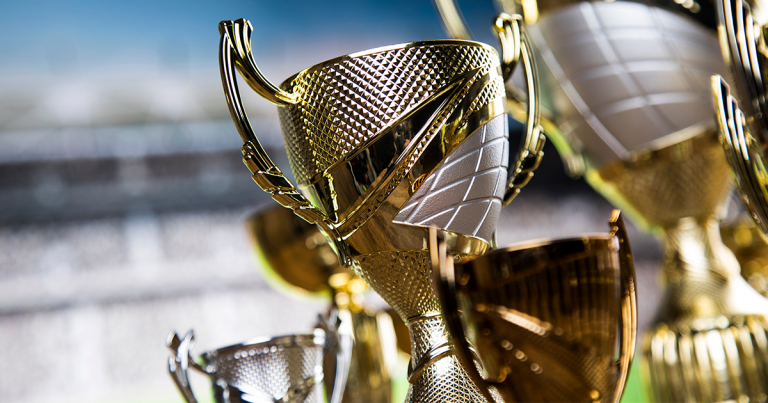 Spring is finally here, everything is coming back to life, and the weather is perfect for organizing sports competitions. Athletes are in peak performance, and teams of various sports are getting ready to travel and compete in the most heated games for fame and prizes.

Bettors should prepare for a busy month dominated by the continuation of popular football tournaments. Enthusiasts of other sports are not getting the end of the stick in April because there are plenty of other sports competitions that have games this month. As always, the OddsMatrix sports betting API covers all popular tournaments happening in April, along with betting tournaments for all of them.

Champions League quarterfinals are halfway to completion after each of its first legs was played. On Tuesday, April 4, Liverpool and Manchester City won against Benfica and Atlético Madrid. On April 6, Villarreal and Real Madrid came on top after versing Bayern and Chelsea.

Next, we’ll have the second stage of the quarterfinals, on April 12 and 13, when the following teams will compete against each other:

After the winners of the quarterfinals are decided, the next big thing this month is the Champions League semifinal, which will have two stages as well. The first stage will happen on April 27, with the other stage happening in May.

The championship will end on May 28, and we’re eager to find out who will be competing for the shiny and prestigious cup.

The draw for the semifinals has already been made, and it will have RB Leipzig/Atalanta versing Braga/Rangers and West Ham United/Lyon versing Eintracht Frankfurt/Barcelona. The semifinal’s first legs will happen on April 28, and the second legs will take place on May 5.

The Europa League final will take place in Seville on May 18, which is plenty of time for the bettors to research and analyze the stakes.

The Spanish La Liga, French Ligue 1, Italian Serie A, and the German Bundesliga will fill April with exciting and breathtaking matches as the tournaments slowly unfold, pitching Europe’s best teams against each other.

Football is not the only sport covered by our XML odds feed. OddsMatrix provides odds, stats, and tournaments for other sports as well.

European basketball will not fall off in April either. The first postseason portion of the 2021-2022 EuroLeague competition, the 2022 EuroLeague playoffs, is scheduled to be played from April 19 until May 4. The contestants of the playoffs were the top eight finishers in the regular season. The games will be sectioned into four series, with two teams each, played in a best-of-five format.

The winners of each series will advance to the Final Four, culminating in the EuroLeague 2021-2022 ending season. After winning their final four matches of the previous season, Anadolu Efes, the Turkish basketball club, will be the defending league champions.

Ice Hockey NHL regular reason will have its last matches throughout April, concluding on the 29th day of the month, on Friday.

Another big sports tournament happening in April is the Monte-Carlo Tennis Masters, the annual male professional tournament, which will be held in Roquebrune-Cap-Martin, France. The championship is part of the ATP Tour Masters 100, and all the games will be played on clay courts.

The Monte-Carlo Masters is a yearly event that is usually held in spring, around April-May. This year, it will last between 9and 17 April, so tennis bettors have plenty of time to get their wagers going.

If the tournaments listed so far aren’t enough for you, here’s another big championship. The 2022 Formula 1 World Championship is finally here. The event will feature a record-breaking 23 race schedule.

After a two-year hiatus, F1 returns to Melbourne for the Australian Grand Prix between 8-10 April, and Abu Dhabi will once again host the season finale between 18-20 November.

The championship will feature 17 drivers from the 2021 season, with Guanyu Zhou making his first Formula 1 debut, while Alex Albon will make a return after being out of the championship the previous season.

We can’t wait to see how the races unfold. See you on the Melbourne Grand Prix Circuit between 8-10 April and on the Autodromo Internazionale Enzo e Dino Ferrari between 22-24 April.

When it comes to esports, April has plenty in store for enthusiasts. The ESL’s 15th Pro League Season will pin the best CS:GO teams in the world against each other. The tournament started on March 9, and it will continue until April 10. Everything will be organized in Malta, but the competition will be held offline.

League of Legends continues with its North American Championship Series, the LCS Spring Split. The organizers brought back the Super weeks format for this season, which involves teams playing three matches split into three consecutive days. LOL fans will enjoy this spring split event until April 24.

The last esport we are going to talk about on this list is Call of Duty, which has an ongoing championship that will give players plenty of matches to watch during April. The regular season of the CDL 2022 has four stages, and the league kicked off on February 4. It will last until late July, marked by the end of the last major. Then, the entire season will conclude with the Championship Weekend.

Keep up to date with the latest tournaments, betting markets, and everything sports-related via the OddsMatrix news section.