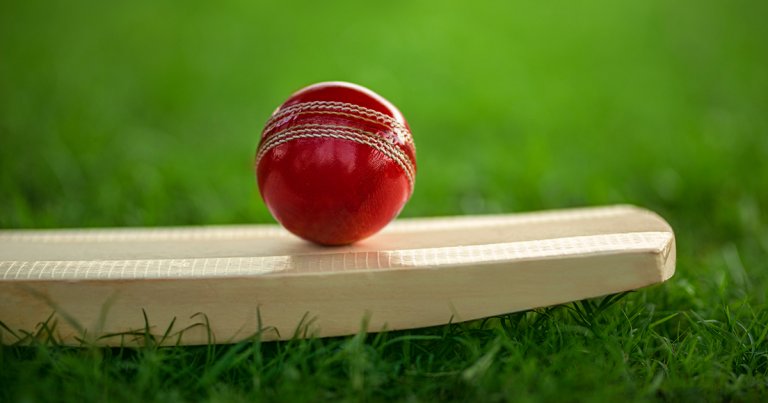 Cricket is one of the sports covered by our sports data services. Its rich history and unique gameplay shaped it into the engaging, tactical, and emotion-thrilled sport that we know, love, and bet on today.

While Cricket is really popular among bettors, having lots of tournaments and betting markets, not many know about its true origins, how it came to be, and its spread across the globe.

Cricket might have been invented during Saxon or Norman times by children living in Weald, a place filled with woodlands and clearings situated in southeast England. As an adult sport, it was first played in 1611, exclusively by men.

The first half of the 18th century saw Cricket’s establishment as a leading national sport in London and the other south-eastern England countries. The sport slowly gained popularity in other parts of England as well, with the first Women’s Cricket game played in Surrey in 1745.

The first official Laws of Cricket were written in 1744. Then, they were amended in 1774 with other innovations and rules such as LBW, a 3rd stump, and a maximum bat width. The famous Marylebone Cricket Club was founded in 1787 and became the custodian of the Laws of Cricket, making revisions and tweaking the rules since then to this day.

The sport was introduced to North America by the English colonists in the 17th century, followed by the other parts of the world in the 18th century, becoming an international sport. Thanks to the British East India Company mariners, Cricket was introduced to India. The English colonists and marines also popularized the sport in other parts of the world, such as Australia, New Zealand, the West Indies, and many more.

Cricket is a club ball type of game that involves hitting a ball with a bat. The game shares many similarities with golf, hockey, tennis, squash, badminton, table tennis, and especially Baseball.

Cricket involves two teams consisting of eleven players on each side, with the aim of scoring more points (which are called runs) than the opposition. The game is played on a unique Cricket field that is usually oval or circular in shape. The centre of the field has a rectangular pitch with wooden targets (called wickets) on each of its ends.

A cricket team has three types of players. The bawler, whose job is to throw the ball and score runs; the batter, who must protect the wickets and deflect the ball with the special Cricket bat, and the fielders who, similarly to Baseball, attempt to catch any deflected ball before it touches the ground.

There are many ways in which batters and bawlers can score and accumulate runs. Batters can also be taken out in various ways and are subsequently replaced by teammates until there are no more new batters that can compete on the team, at which point, the innings (the term used for each play-phase of the match) ends and the batting team switches sides.

Here’s a video showcasing the rules in detail:

The game has many phases and rules, so there are plenty of fun ways to implement betting and please fans worldwide. OddsMatrix sports data services covers many live and pre-match odds for Cricket.

We recently added over 30 new Cricket betting markets to its existing list. At the client’s request, we’re constantly adding more, trying to cover all the aspects of the game and offering as much engagement and decision-making as possible to the bettors.

Since we’re talking about gameplay and rules, here’s some interesting trivia about the game. Cricket matches in England are usually long due to the weather (the game cannot be played in the rain or strong wind because it will affect the speed and accuracy of the ball). The longest match ever recorded was played in 1939, between England and South Africa, lasting 14 days. The game had to be stopped and declared a draw before it ended because the English ship needed to leave and take the team back home.

The cricket ball is made of cork wrapped in several layers of yarn, then encased in leather, and it must measure precisely 163g.

In the original rules, wickets only had two wooden stumps. After Lumpy Stevens, an English cricketer, bowled three consecutive balls through the middle of the stumps, the rules were amended, and a 3rd stump was added in the middle to prevent that from happening again.

The behemoth of South Asia

Cricket has a soft spot in the hearts of many people and countries around the world, being the second-most popular sport after football. It might seem like it’s not the case, especially if you’re part of countries such as the U.S., Canada, or the Philippines. Still, Cricket, and Cricket betting is popular in Asia, especially in countries like India, Bangladesh, Australia, Pakistan, and Sri Lanka.

We cannot talk about Cricket without mentioning India, the country that holds the most significant annual Cricket tournament, the Indian Premier League (or IPL), which estimated 105 million unique viewers during the last season and 116 million this year.

India plays a huge role in the sport’s popularity because it has one of the biggest populations in the world. Indians love Cricket, even if it isn’t their national sport. Over 93 percent of Indian sports lovers watch Cricket regularly. As a result, the cricket betting markets are really popular in India.

According to the International Cricket Council, India makes up 90 percent of the one billion Cricket fans worldwide. South Asia also provided the sport with some of the best and most iconic players, such as Sachin Tendulkar, Rahul Dravid, Sunil Gavaskar Muttiah Muralitharan, Kumar Sangakkara, and many others.

Interestingly enough, Cricket hasn’t had such great success in the U.S. because people started favouring Baseball instead of its cousin after the Civil War, leading to the sport’s decline in the region.

Even so, there are plenty of Cricket tournaments, and we offer coverage for them through our OddsMatrix product solution. We provide both pre-live and live betting support to our customers. You can find all tournaments we cover, including the Indian Premier League, the T20 World cup, Big Bash League, on the OddsMatrix sports data solutions.

Cricket is one of the most popular sports in the world, despite the small number of countries that compete at a professional level (Australia, New Zealand, England, Pakistan, South Africa, West Indies, India, Sri Lanka, Bangladesh, and Zimbabwe). The ultimate format of the sport is Test Match cricket, which is a five-day-long game. The name is tied to its length since teams have to test their perseverance, endurance, and playing ability over a long period of time.

Online betting has become a significant part of sports in recent years. Cricket’s popularity in India also contributed to its betting environment, which is now an essential and indivisible part of its industry.

There are more than 140 million regular Indian bettors, and the number goes up to 370 million during major tournaments such as the Indian Premier League. 80% of these bets are placed on Cricket matches.

Online betting in India is also growing at a rapid rate of 20% percent per year, and most of it is tied to the Cricket betting market.

Operators and platform providers such as EveryMatrix are trying to capitalize on this recent growth and offer punters the best possible betting experience, customizability, and the most accurate live and pre-live odds and other betting data.

For more interesting and informational articles, check out our news section on the OddsMatrix website.