Top tournaments to bet on in May 2022 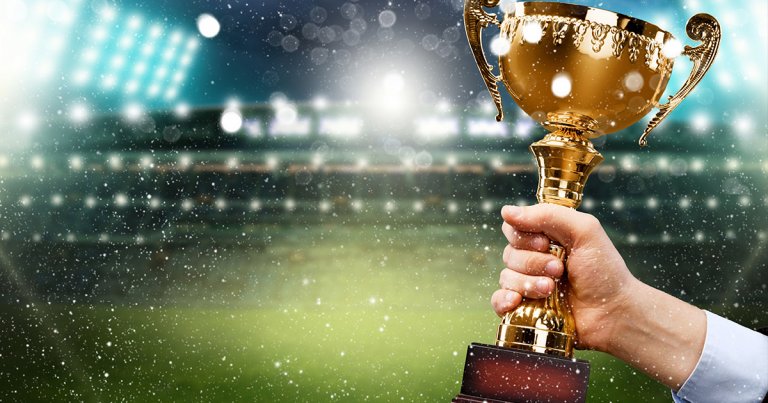 May is the month when champions are being decided in the most important sports and championships, no matter what sports you are passionate about. This month, the enthusiast will see the Euroleague Final Four, Champions League & Europa Semi-Finals and Finals, a part of the French Open, the conclusion of the English Premier League season and much more.

If you’re an esports fan, don’t worry, DOTA 2 and COD will keep you on your toes with the most exciting tournaments during the whole month. Without further ado, let’s jump right in and see what May has in store for us, sports lovers across the world.

We will start with the most sought-after sport in the world, football. In May, we will see two major European leagues unfold and country-specific ones as well.

Europa Champions League will finally have its conclusive matches this month. The first legs have concluded, and Manchester City defeated Real Madrid in a heated game that ended with a 4-3 on April 26, while Liverpool gave the audience a one-sided 2-0 win against Villarreal.

Now, what’s left for us is the semifinal (second legs) and the final. The semifinal will have Villarreal versing Liverpool on May 3 and Real Madrid versing Manchester City on May 4, deciding who will compete for the cup. The final will take place at Saint-Denis’s State de France, in Paris, on Saturday, May 28, kicking off at 21:00 CEST. Having such a large window between the semifinals and finals only means that bettors have plenty of time to get their prediction game going.

Another important tournament that is finally reaching its conclusion in May is Europa League. The Semifinal first legs happened on April 28, and the second legs will happen on May 5, when Rangers will show off against Leipzig after a sad loss against them, while Frankfurt will be versing West Ham.

As for the final, it will be played on Wednesday, May 18, kicking off at 21:00 CET, at Seville’s beautiful Ramón Sánchez-Pizjuán Stadium, Spain.

The arena has a capacity of 40,000 seats, and has been in continuous use since 1958, staging games at the 1982 FIFA World Cup and being the venue for Steaua Bucuresti’s 1986 European Cup final success against Barcelona.

Football keeps on giving this month. Besides the two international competitions, we also have plenty of national ones to check out and bet on.
The 141st incarnation of the FA Cup returned in 2021-2022, featuring teams across all the English football fields. Since this is the oldest football competition globally, everyone wants to take a shot at achieving the glory of being its champion.

The semifinal matches happened on April 16, when Manchester lost to Liverpool by a 2 to 3, and on April 17, when Chelsea beat Crystal Palace by a 2 to 0. What’s left is the final, which will happen on May 14, and will have Liverpool facing off against Chelsea at the famous Wembley Stadium in London, England.

Additionally, here is a list of national football tournaments that will have matches throughout May:

Get ready to bet on these football competitions, and choose a trusted provider that offers the best sports betting data. OddsMatrix utilizes the best industry practices to provide XML sports feeds to its customers, creating the most enjoyable betting experience for all football fans worldwide.

May brings some fun time to enthusiasts of other sports competitions as well. Basketball lovers will enjoy the beginning of the NBA playoffs (eastern & western conference finals), starting on Tuesday, May 17, between Miami Heat and Boston Celtics | Golden State Warriors and Dallas Mavericks, with the following fixtures:

Basketball has another awesome championship ready to entertain us in May. The Euroleague Final Four will have its semifinals on May 19, featuring a game between Olympiacos and Anadolu Efes and another one between FC Barcelona and Real Madrid. The competition will also have its finals on May 21, when the semifinal qualifiers will be battling it out in the spectacular Stark Arena in Belgrade, Serbia.

Ice Hockey will have the Second Round of the NHL Stanley Cup playoffs being on Tuesday, May 16, with the following fixtures:

Tennis is also a big thing in May. Rome will be home to the ATP Masters event, which is set up in Foro Italico, North-West Rome. The competition will take place between 9 and 15 May.

Another important tennis championship happening in May is the French Roland Garros. The French Open will take place in France’s capital, Paris, and is scheduled to start on Sunday, May 22, with the women’s and men’s singles.

Golf fans should be thrilled about the upcoming 2022 PGA Tour in May. This will be the 104th PGA Championship, and it will be held between 19 and 22 May, at Southern Hills Country Club, in Tulsa, Oklahoma. Originally, the event was intended to be played at the Trump National Golf Club Bedminster.

Physical sports are exciting to watch and bet on, but virtual sports are just as thrilling. Besides, the betting scene for esports has been experiencing exponential growth in the past years, with more and more providers joining this growing market.

The DOTA 2 Pro Circuit has three planned major competitions leading up to the biggest DOTA 2 tournament, The International. The majors are organized by PGL and One eSports and were split into three seasons.

March 14 marked the start of the Second Season, which ended on April 24, and the second major will happen in May, between 11 and 21.

Lastly, we’d like to mention one of the world’s most famous shooters, Call of Duty, which has the Pro-Am Classic between 5 and 8 May. All 12 League teams are scheduled to compete on LAN alongside the top four Challenger squads in front of a live audience.

That’s about it for the most important tournaments of May. However, there are plenty of other championships happening this month. OddsMatrix offers sports betting data for all tournaments and betting markets for these sports and many others included in our growing portfolio.