Most exotic sports enjoyed by bettors 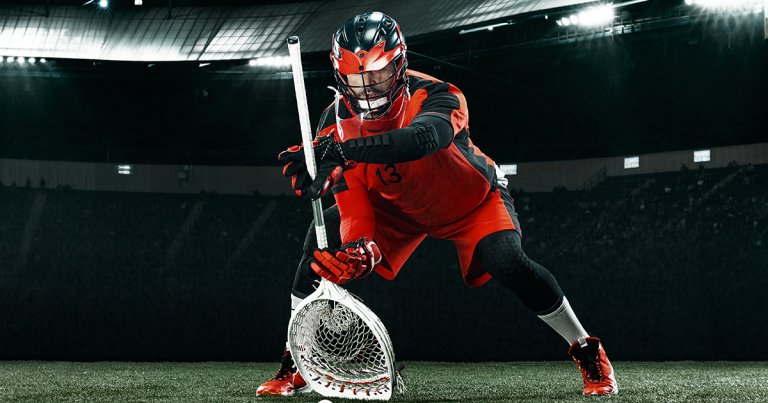 Having such broad coverage means that we get to include sports that are popular and those that aren’t widely known. Regional sports are usually specific to certain climates, body types, ages, lifestyles, etc. Today, we’re going to discover some of them.

Commonly known as GAA or Caid, Gaelic football is an Irish team sport that was officially codified in 1887. It evolved from the various kinds of Irish football games popular in the region’s rural areas, grouped under the name Caid. The sport is played by two teams of 15 players.

The objective is to score by kicking or punching the ball into the team’s goals (which awards 3 points) or between the two upright posts above the goals, connected by a crossbar (which awards 1 point).

Players advance the field using a combination of carrying, bouncing, kicking, handpassing, and soloing (dropping the ball and toe-kicking it back into the hands). There are two possible types of scoring: points and goals.

In Gaelic Football, the player positions are similar to those in the football code, comprising one goalkeeper, six backs, two midfielders, six forwards, and a variable number of substitutes. Notably enough, Gaelic football has no offside rule. This might be because, back when the sport was first codified in Ireland, many of its early rules sought to differentiate it from rugby, which has an offside rule.

Although Gaelic football is Ireland’s most-watched game, professional players don’t get paid, most of them having actual full-time jobs. This makes Gaelic football one of the world’s last remaining amateur sports.

However, there are plenty of championships the fans can watch and bet on. Currently, we offer pre-live and live betting data for the following Gaelic football tournaments: All-Ireland Women Football Championship and the Ulster Senior Football Championship. You can check them out, together with all the other tournaments that we cover by visiting the OddsMatrix sports data feed API.

Another football-based game, and a variation of mini football, is Futsal. The sport originated in Uruguay, back in 1930, and was created by the coach Juan Carlos Ceriani after struggling with the fact that outdoor sports were being cancelled due to poor weather.

Futsal is played on a hard-court surface, marked by lines, usually indoors, with a harder, smaller, low bounce ball. The surface, ball, and rules favour ball control and passing in smaller spaces. Two teams of five (with one goalkeeper for each side) compete against each other, and the substitution number is unlimited.

Its name originates from the Spanish fútbol sala or fútbol de salón, and from the Portuguese futebol de salão, which translates to “indoor football”. In 1985, following the dispute with FIFA over the name fútbol, the World Futsal Association registered the name Futsal instead.

The sport is played in over 100 countries, having an estimated number of over ten million players worldwide. Many of the greatest soccer players in the world grew up playing Futsal.

There are many Futsal tournaments, and we offer coverage and betting stats for all of them.

Another cool sport played using a ball (although a much smaller one) is Pétanque. It dates back over three millennia falls into the category of boules sports.

As mentioned above, the game has a very long history, dating back through the Middle Ages to ancient Rome, ancient Greece, and even Egypt. In the beginning, the game was played with balls made out of wood, but this gradually changed as other materials started being used over the years.

Today, the game is played with a whole metal ball, but the anti-metal ones are rapidly gaining popularity. The objective of the team or player is to throw their boules (balls) towards a target. In Pétanque, competitors score points by having boules closer to the target ball (officially called jack) than their opponents after all the boules have been thrown.

The game’s current form was codified in 1907 or 1910 in La Ciotat, Provence, France. In France, in the second half of the 19th century, a form of boules known as jeu provençal was really popular. Participating players either rolled their balls or ran three steps before throwing them.

However, after a former jeu provençal player named Jules Lenoir was severely afflicted by rheumatism and could no longer run before throwing the boule, another variation of the game was created. In this form of the game, the length of the pitch or field was reduced by roughly a half, and the player stood stationary in a circle instead of running. This offshoot of the game was called pieds tanqués, (feet planted), which eventually became the Pétanque people know and love today.

Bowls, or lawn bowls, is another variant of the boules games, similar to Pétanque, with an ancient prehistoric origin, dating back to Ancient Greece. In England, the game has been traced to the 13th century. The game’s objective is the same, rolling biased balls so that they stop as close as possible to the target (called jack or kitty). Bowls is played on a bowling green, which may be flat, convex, or uneven, and the sport usually takes place outdoors.

If you’re interested in Bowls competitive play, you should know that our OddsMatrix XML sports feeds cover the Bowls Grand Prix and Premier League tournaments.

The last sport involving a ball (and a stick, for that matter) from the list is Lacrosse; a team sport played with a special lacrosse stick and ball. It is also the oldest organized sport in North America, originating in indigenous Canada, during the 17th century.

Early Lacrosse played an important role in the society and religious life of the Native American tribes for centuries. It had deep spiritual involvement, undertaking the spirits of combat, because those who took part in the sport assumed the role of warriors, aiming to bring glory and honour to themselves and their tribes.

After European colonization, the game was modified to reduce violence and promote the more professional and collegiate form we see today. In Lacrosse, players use the head of the special stick to carry, catch, pass, and shoot the ball into the goal.

The sport has four versions, each having different rules, sticks, fields, and equipment:

Lacrosse is the most rapidly-growing High School sport in its nation, but it’s also considered the fastest game on two feet due to how quickly the ball can be moved across the field.

Our first entry that does not involve a ball of any sort is called Luge (sled racing). A luge is a small one or two-person sled used by the player (luger), sitting with his face up and feet-first. The luger steers by using his calf muscles to flex the sled’s runners or by using his shoulders.

Luge is one of the most precisely timed sports globally, as its participants compete against a timer that is measured to one-thousandth of a second on artificial tracks. Since timing is everything, lugers must be precise in their movements during sledding. Any crash with a wall can cost time and lose the race.

The practical use of sleds dates back to ancient times and is spread around the world wherever there is snow. The first recorded sled races took place in Norway during the 15th century.

Luge originated in St Moritz, Switzerland, in the middle to the late 19th century, thanks to a hotel entrepreneur called Caspar Badrutt, who created the idea of a winter resort, offering rooms with food and drinks and activities to the guests. People started adopting the delivery boys’ sleds for recreation purposes, and as more joined, sleds became more than a recreational thing. The first organized meeting of the sport took place in 1883 in Switzerland.

If you wondered, the Outrights betting implies that, instead of betting on a specific match, the punter will bet on the winner of the entire tournament. In other words, the bettor must predict the final winner of the championship.

Sumo is a form of competitive full-contact wrestling practised exclusively in Japan. Two fighters attempt to force one another out of a circular ring or to topple their adversary so that they touch the ground with any body part other than the soles of his feet.

It is considered a national sport in its country and a gendai budō (which refers to modern Japanese martial arts), and it has a rich history spanning many centuries. Sumo preserved ancient traditions, retaining ritualic elements such as the use of salt for purification, even today.

Sumo wrestling was born more than 1000 years ago as a Shinto ritual to entertain the gods. It was believed that if the gods were not pleased with the rituals, they would not bring a good harvest in that season.

The Sumo stage (dohyo) is considered sacred, and it includes a roof covered in purple tassels and curtains, representing the roof of a Shinto shrine.

The average Sumo wrestler is about 185 cm tall and weighs 150 kilos. They live a highly regimented life, with rules regulated by the Japan Sumo Association. Most of these wrestlers must live in special communal training stables (also known as heya in Japanese), where all aspects of their lives are dictated by strict tradition.

Our next entry on the list is Curling, an unconventional and unique sport that is related to bowls and shuffleboard. In Curling, players slide stones on a sheet of ice towards a target area segmented into circles.

The sport originated in 16th century Scotland, dating back to 1511. The earliest games of Curling were played on frozen ponds and lochs, with basic curling stones made from different types of rocks and other materials found in the regions of Stirling and Perth.

Curling is played by two teams of four players, which take turns by sliding heavy, polished granite rocks (called stones) across the ice curling sheet. Each player will throw two stones out of a total of eight available per team. The competitors can take out their opponent’s stones from the target area to prevent them from scoring points.

The sport’s objective is to accumulate the highest number of points by scoring them for the stones resting closest to the center of the target area after both teams have thrown all of the stones. After the curling stone is being thrown, the other team members will frantically sweep away and melt the ice in front of the stones to guide it to the target area.

It is the only sport on this list that involves brooms. The sport is so unique that it has its own language with distinct terminology and rules. The thrower can use techniques that make the stone rotate and change trajectory.

Curling was also nicknamed The Roaring Game thanks to the rumbling sound the stones make as they slide on the ice. Currently, OddsMatrix offers pre-match odds for the Curling World Championship.

If you’re reading our news feed, you should be familiar with one of our newest sports, Kabaddi. The ancient contact sport is popular in the Indian subcontinent and its surrounding Asian countries. It originated in Tamil Nadu, Ancient India, and it does not involve a ball or any equipment.

The players only use their bodies to play but don’t get tricked by its apparent simplicity. The sport is very complex, has many rules and requires strategy to win.

When it comes to Kabaddi, every twitch of the muscle counts, one wrong move can cost your team points and result in defeat. We talked about Kabaddi in one of our recent articles, so make sure to check it out.