The world of UFC betting 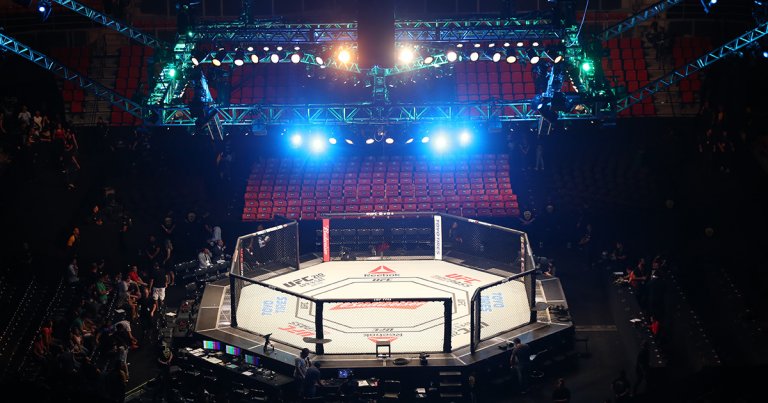 The Ultimate Fighting Championship (also known as UFC) is an American mixed martial arts promotion company based in Las Vegas, Nevada. It has some of the world’s best and highest-ranked fighters on its roster, making for an interesting and engaging betting market. We provide real-time odds, stats, settlements, and more for the championship, and more, through our XML sports feeds.

UFC has twelve weight divisions, half for men/half for women, and follows Mixed Martial Arts Unified Rules. The enterprise had held over 500 events as of 2020, growing in popularity and success since 2001 when Dana White stepped up as president of the company.

Mixed martial arts (also known as MMA), sometimes referred to as ultimate fighting, cage fighting, or no holds barred, is a full-contact sport based on kicking, grappling, ground fighting, and striking. It incorporates various other combat sports techniques, creating its unique style.

This hybrid combat sport incorporates techniques from boxing, judo, jujitsu, karate, wrestling, Muay Thai, and other disciplines. Although originally believed to be a blood sport without rules, it gradually gained constraints as new regulations were added. Nowadays, it is considered the world’s fastest-growing spectator sport in the early 21st century.

Mixed martial arts are believed to go back to the ancient Olympic Games, in 648 BCE, when the martial training of Greek armies, called Pankration, was Greece’s combat sport. The competitions had no rules besides biting and eye-gouging, and the matches were brutal.

As a result of its unforgiving and dangerous nature, the Roman emperor Theodosius banned the sport. Still, it resurfaced in the 20th century in the form of a combat sport called vale tudo in Brazil.

The sport gained popularity through the brothers Carlos and Helio Gracie, who instituted a jujitsu school in Rio de Janeiro and advertised matches resembling the Greek pankration in the newspapers. The games became so popular they had to be moved to soccer playing fields to accommodate all the spectators.

Brazilian jujitsu was first introduced to the United States by the Gracie brothers in 1990. In 1993, the first competition was held in Denver, Colorado, under the name UFC 1. The biggest aim of the UFC events was to pit fighters of different contact sports against each other.

Due to its extreme nature and the lack of rules, MMA was not received well by many politicians who called the sport inhumane and sought to have it banned.

As a result, in 2001, the UFC management created a set of rules meant to make the sport less dangerous, adding weight classes, rounds, time limits, and an extended list of fouls.

Although the sport struggled in its early stages, it gradually developed into a profitable and popular organization. The Ultimate Fighter reality TV show, which aired in 2005, greatly contributed to the sport’s growth in popularity.

Several TV deals and the expansion to Australia, Europe, and Asia increased UFC’s mainstream media coverage, which resulted in the sport earning US$609 million in 2015.

The UFC betting industry experienced a massive surge in popularity alongside the overall interest in MMA. The OddsMatrix bookmaker feed provides pre-live and live odds, stats, scores, and settlements to bookmakers for many sports and tournaments, including UFC.

Here’s the list of the most popular and exciting UFC betting markets that punters can wager on.

Bet on who will win the fight, and pick either the favoured player and receive a smaller payout or fight against the odds and bet on the underdog for a chance to receive a heftier payout.

In the case of two evenly matched players, the odds might be similar. This type of contest is also known as the pick ‘em fight.

Even if less than 2% of UFC fights resulted in a draw, there are still 3-way moneyline markets that include the possibility of a draw.

Another type of betting is over / under. Each sportsbook will set a time limit for each fight, determining its duration. Bettors can decide if it will last over or under the set time limit.

This term is used for bets unrelated to moneyline betting and features interesting and unique ways to wager, e.g. how the fight will end, whether the players will touch gloves, or if it will last long enough to end by decision.

Bettors can also predict which fighter will win and the exact round in which the knockout will happen. Wagers like these are usually popular in fights where one or both competitors have impressive records of winning matches early.

This is one other interesting betting market for this sport, which follows the same pattern as moneyline and round betting. Punters wager on the specific outcome of the fight and whether it will end by decision (split, majority, or unanimous) in a draw, submission, or KO/TKO.

Besides betting on certain matches, UFC also has another wagering that involves predicting which fighter will win the belts of certain weight categories. The UFC Futures Markets usually have high odds. More so, bettors can also wager on who will be the UFC Champion at the end of the current year.

How to bet on MMA

Betting enthusiasts who want to wager on this sport need to consider some things. It is important to research the competitors before their fight by checking out their history, current body condition, and style.

Even if experience and wisdom is key factor in many sports, in MMA, younger fighters have an explosive nature that can be capitalized on. Back in January 2020, younger fighters won 62% of UFC fights, and in the last eight years, the win percentages of younger competitors were higher overall.

Another important factor is staying up to date with the latest MMA news. There are plenty of websites that give all the information about players and their personal lives, so if anything noteworthy and game-changing goes on, you’ll find all the details on a news site.

Lastly, take advantage of all opportunities. Sometimes the underdog is the favourable winner when it comes to experience, but the other competitor happens to be more popular. Always look out for these opportunities and capitalize on them.

UFC is not the only tournament covered by our OddsMatrix sports betting data. In total, we cover 70 traditional sports, 23 esports, and more than 100.000 live matches per month.