Plunge into the exciting world of Water Polo betting 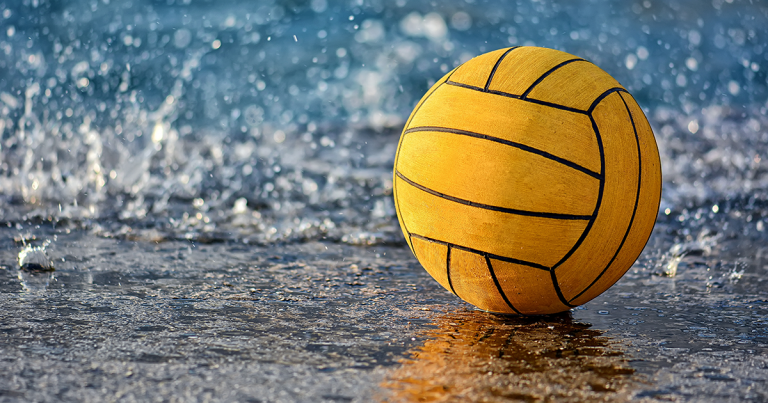 Water polo is a unique and competitive full-contact sport played in the water. It is very similar to football, consisting of two teams of seven players each. The game is played in four quarters, and the teams try to score goals by throwing the ball into the opposing team’s gate.

Water polo is typically played in a deep pool that doesn’t let the players touch its bottom, so they have to rely on swimming to move about the pool and pass and shoot the ball.

The sport is one of the most physically demanding sports in the world. When the game was first introduced, it featured a lot of brutal tackles and aggressive physical behaviour between the players, but most of its brutality disappeared as time went on. Yet, minor aggressive acts such as scratching, biting, kicking, or clawing still exist as part of the game.

Betting on water polo is prevalent and not limited to the big international tournaments like the Olympic Games and global championships. It is possible to bet on matches in the European domestic leagues, including Croatia, Hungary, Italy, Montenegro, Spain, and Serbia. Thanks to sportsbook providers such as OddsMatrix, who offer betting data, bookmakers can also wager on a wide range of club competitions.

The game is thought to originate in Scotland around the 19th century and was created by William Wilson, a British journalist, swimming instructor and coach. In 1877, Wilson came up with a specific set of rules for a water ball game, which he initially called aquatic football. The first-ever game of water polo took place in the River Dee in Aberdeen.

At first, the game was a version of rugby played in the water. Still, it developed thanks to the formation of the London Water Polo League, reaching popular European regions, the U.S., Brazil, China, Australia, and Canada.

Water polo began as a demonstration of swimming skills and strength. Men’s water polo was one of the first team sports introduced to the Olympic games back in 1900.

The rules of the game were originally developed in Great Britain during the late nineteenth century. Water polo was first played at Arlington in the late 1800s. If the game started as water rugby, it was later called water polo due to the English pronunciation of the Balti word for ball, pulu.

Although it is known that Water polo is one of the most physically exhausting sports, back when it was first introduced, players had to deal with more than just swimming and other basic physical activities during a game.

Brute strength, wrestling, and even holding opposing players underwater to recover the ball were allowed in the sport’s early stages. When players were being held underwater for too long, they usually surrendered possession of the ball. Thanks to the addition of safety-oriented rules, Water polo became less about aggression and more about tactical thinking and strategy.

Nowadays, the rules of water polo are included in the FINA water polo referees manual and cover the procedures, play, and equipment required by the players. Each team needs to wear caps that differ in colour from the other team, both goalkeeper’s and the ball’s colour.

The water polo cap is not used only to distinguish the team members. It also protects the player’s heads and ears. Also, the numbers written on them help referees and spectators identify the team members.

The most famous water polo game of all time was between the Soviet Union and Hungary and ended up being called the Blood in the Water game. The Hungarian team was constantly mocking the Soviet Union team when one of the players punched another. Fearing a riot, Australian police intervened with one minute left on the clock. Officials stopped the games and declared Hungary, the winner. The Hungarian team sought political asylum in the West after the Melbourne 1956 Olympic Games concluded, fearing returning to a Soviet-occupied Hungary.

Even if water polo is not the world’s most popular sport, especially if we compare it to football or basketball, its betting scene is healthy and filled with engaging betting markets. Water polo punters are not limited to international tournaments such as the Olympic Games. Bookmakers have plenty of club competitions to wager on in Europe’s strongest domestic leagues, including Italy, Croatia, Hungary, Serbia, Spain, and Montenegro.

Water polo is ranking in the middle in betting turnover, and its offerings aren’t that innovative. Line betting, match betting, and total goals are available for all competitive games. Punters can bet on both pre-live and live games.

Also known as straight bet. It implies predicting the winner of the entire match. Even if ties are relatively rare in water polo, there is also a tied outcome. Due to that reason, the odds are big for this type of betting.

Total score bets require the punter to predict the number of goals that will be scored at the end of the match. Bookmakers will set a certain value, and bettors will try to predict if the total amount of goals will be under or over the value. This type of betting is pretty popular, especially in basketball and football.

Since water polo is a team game, handicap betting is also prevalent. Some teams are favourites, and some are considered underdogs. They are given a virtual deficit, and betting in favour of the underdog will earn punters a significant prize if the team comes out on top.

The water polo betting scene is not simply tied to luck as with any other sport. Bettors must do some homework, come up with a strategy, and research every team and player in great detail before they place their bet. Experienced punters will take advantage of every aspect, turning the odds in their favour and winning great prizes.

Also known as special bets. These types of wagers are unique and can range from best scorer of the match to team medal winner. People can try to guess the tournament winners, the top three teams, and much more.

Water polo is an interesting sport that provides lots of betting opportunities. The OddsMatrix XML sports feeds cover the most important water polo tournaments each month, ensuring that bettors and enthusiasts will never miss important events in this sport.